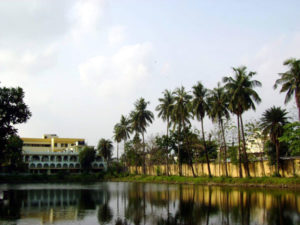 Jadavpur University (in Kolkata, India) arose as an educational institute to the challenge the British rule by offering education to the masses “on national lines and under national control” through an amalgamation of the “National Council of Education” and the “Society for Promotion of Technical Education in Bengal” in 1906. After India’s Independence in 1947, the West Bengal State Legislature, with the concurrence of the Government of India, enacted the Jadavpur University Act, 1955 to convert the institute into Jadavpur University with full autonomy on December 24, 1955. Today, Jadavpur University has successfully established itself as one of the foremost Indian universities with a vast repertoire of courses offered and an enviable list of faculty members. The University is well known for its commitment towards high quality teaching and research.

The academic departments and schools in Jadavpur University are organised under four faculties: Engineering & Technology, Science, Arts and the Faculty of Interdisciplinary Studies Law & Management. The departments are under the administrative control of respective Heads of the Departments, who function under the guidelines framed by the respective Boards of Studies. The Dean of each faculty provides leadership for implementation of the guiding principles formulated by each Faculty Council which contain representation from all constituent departments. The interdisciplinary schools, now under the Faculty of Interdisciplinary Studies Law & Management were created to foster research in areas of common academic interest to several departments and not focused by the traditional disciplines. Some schools also offer postgraduate teaching courses as well. All schools are headed by a Director who functions under the policies developed by the Academic Committee of the School. An academic committee oversees the teaching and research activities of each school. 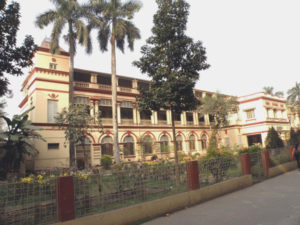 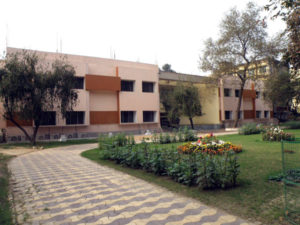 Jadavpur University achieved 6thposition in the “University” category, 12thposition in “Engineering” category and 13thposition in “Overall” category awarded by the National Institute Ranking Framework (NIRF),Ministry of Human Resource Development, Government of India in 2018 and was ranked 84thamong the 200 best Asian universities by the Times Higher Education Asia University rankings of2016.  Jadavpur University was re-accredited by the National Assessment and Accreditation Council (NAAC), Government of India with a CGPA of 3.68/4.00 at “A” Grade for a period of five years from 2014 and was placed within the top 10 Indian research institutions by the International Comparative Performance of India’s Research Base (2009-14).  The University was ranked 10th in India, by the Academic Performance (URAP) Research Laboratory in 2013, considering academic indicators.  Jadavpur University also secured 11th position in EDU RAND, Engineering College Rankings in 2015.  The University was ranked 47thin the Times Higher Education-Thomson Reuters list of the 100 best universities in the BRICS and emerging economies in 2013.